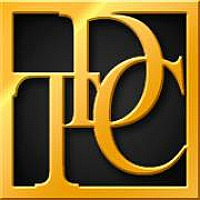 Click here to read the original story at The Dalles Chronicle.

DUFUR – The Annie Oakley competition starts with all shooters at the line, then each person takes turns shooting the clay.

If the selected contestant misses, the person to the right can shoot.

If they hit, you are finished.

Thomas was first to be eliminated, so that left Wallace and Magill for the final blaze of glory.

Two rounds later, with a cascade of cheers and applauds from community members and teammates, Wallace was the last man standing.

Fun times and great moments are the reasons why Robert Wallace decided to start the Oregon Clay Target High School program in Dufur.

“I’m so glad I did, because it’s been a lot of fun for me and the kids,” Wallace said. “Everyone involved with the program has enjoyed their time and I think this is something we can continue for years to come.

“I hope to get the kids together and keep shooting throughout the year this way we can get more Dufur kids interested in this sport as we move forward.”

The League’s priorities are safety, fun, and marksmanship — in that order.

About one thousand young shooting sport enthusiasts in grades six throug 12, who have earned a league safety certificate, get to practice and compete weekly for nine weeks every spring in a virtual competition against other teams in the state.

Practices and competition are conducted at a shooting range near the school and individual and team scores are submitted and compared online against other teams within their conference.

The season culminates with the OHSSCT State Tournament on Saturday, June 24.

All participants are invited to compete in individual and team events and student-athletes compete in skill classifications based on their season average.

“The competition is what makes it fun. I like to have some competition in what I do,” said incoming Dufur junior Tanner Masterson. “You are out there trying to outshoot the people around you and trying to be better then you were last week. It’s like a challenge and everyone likes a challenge, because it makes you and your people come together as a group and work together to become the best.”

Coach Wallace put his team through two weeks of practices in mid-April and then five weeks of competition, capped by state action at the Hillsboro Trap and Skeet Club.

Nine of the 11 will be testing their skills against 14 other schools from across the state in individual and team events.

They will be divided into brackets competing with other students with similar season average scores.

“I think a lot of them have improved by a lot since we’ve started, so I have no doubts that they will do great at the competition,” Elam said. “They just enjoy it so much and their skills have improved dramatically. We don’t have any fancy things to help us practice, a lot is just natural talent, but I think some are already at the top of their game.”

While the Annie Oakley portion garnered the highest interest, there were other competitions to enjoy, including a Best of 25 Clay Targets event.

Elam, an incoming junior, hit 12 of her targets and rose to the top of the Women’s Division.

Of the Wasco County Sheriff Department, Magill picked up first place with his 14 targets, besting Thomas and Jeff Hall, who each nailed 12 apiece for a second-place deadlock.

The loss by Thomas and Hall assured Magill a free cup of coffee for the week.

“The kids loved shooting against the police officers,” coach Wallace said. “It was a real competition for the kids to try and beat them, so there was a lot of excitement.

“All the Wasco County officers had a great time. It’s great public relations for them to be involved with various youth activities.”

With an influx of youths joining the team, Masterson said the parents are right there showing interest, as if shooting is just like any other sport, which is beneficial for everyone in the long run.

“The parents and kids are so involved in the sport,” Masterson said. “I mean, the parents come out sometimes and try to outshoot the kids. It just goes to show that parents are the fuel to a good athlete. They push that kid to become the best they can be, and with good support, most kids do become some of the best.”

Opening ceremonies at state are set to begin at 8:45 a.m. and competition starts up at 9 a.m.

An award ceremony will be held at the completion of the event, and season awards will be handed out along with awards for event competition.

The top 3 teams earn trophies and recognition, the top 3 novice, junior varsity and varsity high-gun males and females will be honored, and an individual high-gun trophy is presented to the marksman with the highest number of overall targets hit.

Interested fans can keep tabs on the team’s state scores and final outcomes through the official website at http://orclaytarget.com/2016/10/21/2017-state-tournament/.